Aryaka HybridWAN Enables $2.1B Global Test and Automation Company to Transform their WAN

Teradyne is a $2.1 billion global electronic test and industrial automation company that specializes in semiconductor test equipment and collaborative robotics. Acquisitions have played a major role in the company’s growth throughout the years as they’ve expanded into new regions and new verticals, like robotics.

As a result, Teradyne’s product development is a globally dispersed team from Asia to Europe to North America. Collaboration among this team is essential, but also challenging from an IT perspective. The team’s design work includes interactive sessions where they leverage sophisticated graphic intense tools. Ensuring the high performance of these tools isn’t just a requirement – it’s critical to the company’s success.

“We have engineers that are in remote places around the world and we need to make sure they can work at high efficiency. If they’re working on interactive designs, they could be 50% less efficient if they’re remote. Aryaka was able to solve that problem for us.”

Prior to deploying Aryaka, Teradyne’s IT team was supporting eight different engineering design centers, each with their own local infrastructure to support the product development team. It was costly, complicated and time-consuming to support these remotely. 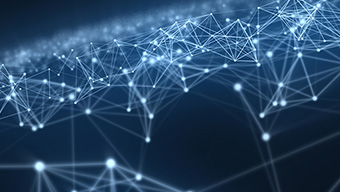 Teradyne needed a solution that would simplify their network, while solving a few key issues: improve global network performance, particularly in China, centralize the global design centers and simplify their ability to prioritize business-critical traffic.

Aryaka’s solutions delivered on all fronts. After deploying SmartConnect, Teradyne saw application performance improve in China by 10x to 15x. Also, application transactions that had previously never completed would complete every time. They were also able to centralize the digital design workflows to get maximum efficiency from the graphic design tools while increasing user productivity.

In deploying Aryaka HybridWAN, Teradyne was able to consolidate multiple branch devices and automate the prioritization of traffic. Prior to this, Teradyne had been writing complex policy-based rules to steer critical traffic, like interactive design and voice, on Aryaka’s Layer-2 network and non-critical traffic, like WAN back-ups, on internet links.

“Before Aryaka’s HybridWAN offering, we were using multiple technologies and spending a huge amount of time prioritizing critical traffic. With HybridWAN, we’ve been able to consolidate, centralize and simplify our network and have even more flexibility to prioritize our most critical traffic.”

This manual per branch configuration process was time-consuming and prone to human error. In being able to auto­mate tasks like configuring QoS policies for mission critical traffic and routing non-critical traffic, Teradyne has been able to manage WAN traffic with efficiency and consistency, while also gaining the ability to audit worldwide traffic policies. More importantly, HybridWAN has also enabled Teradyne to achieve improved cost efficiency and improved user expe­rience through consistent, deterministic network behavior.