Damar Hamlin and finding our why 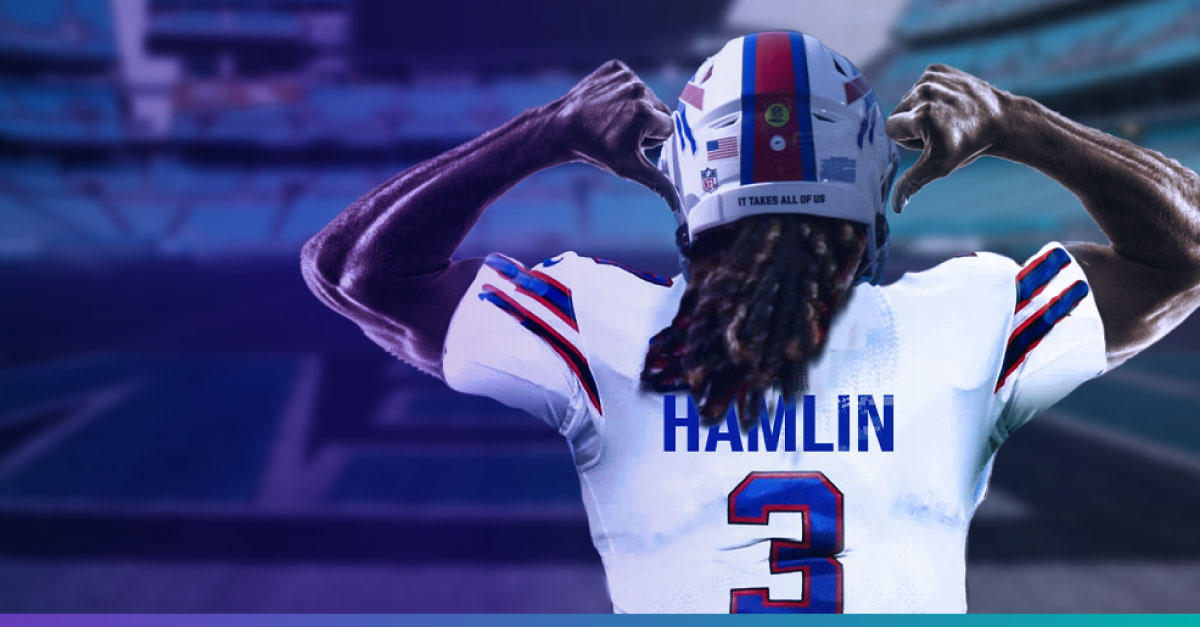 What a powerful word.  The essence of curiosity.  Both enlightening and (for anyone who knows a 4-year-old) maddeningly frustrating.  ‘Why’ is the reason we explore. It’s how we learn.  It’s how we grow.

But as Simon Sinek points out in his viral Ted Talk, when you ask a company, “What is your why?” you are often met with blank stares and shoulder shrugs.

The reality is that most companies don’t have a compelling why.  They have a what. Sometimes a how.  But a ‘why’?  Not likely.

I will be honest … I struggled with this as well.  I think it’s especially challenging for B2B enterprises.  Growth is important.  Innovation is imperative.  But are they enough to explain why we do what we do?

Perspective in a Millisecond

It all hit home for me a few weeks ago watching Monday Night Football. The Buffalo Bills were playing the Cincinnati Bengals, a marquee match-up with two explosive offenses that would undoubtedly deliver incredible entertainment.

But in a second – a millisecond actually – entertainment was the last thing on my mind.  I watched in disbelief as a young man lay lifeless on the field.  Damar Hamlin, a defensive player for the Buffalo Bills, suffered a catastrophic injury.  His heart stopped beating, on live television, in front of an audience of millions … including his mom. 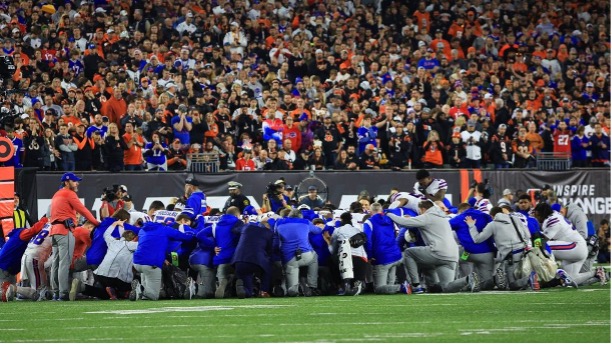 A call for prayer after Damar Hamlin’s injury

In the days that followed, I scrolled intently through all the media outlets, waiting to hear word of his recovery.

Like so many that I talked to, the event gave me renewed perspective on the fragility of life. How everything can change in an instant.  How we so often take the preciousness of what we have, and those around us, for granted. How some things are just bigger than any of us.

And then, after two days of prayers and an incredible team around him, he opened his eyes.  He had a breathing tube and was still in the ICU, but alert.  He motioned for the doctors to hand him a pen and paper, on which he scribbled:

Tears still form when I think about it.  As a Patriots fan, I had never even heard of Damar Hamlin prior to the game.  But this 24-year-old touched my heart.  He connected with me in a way that I can’t explain.  I needed him to recover.  I think a lot of us did.

In the days and weeks that followed, I thought often of Damar.  His continued recovery. His family.  His teammates and doctors and fans.  And for some reason, my mind kept coming back to one question … why?

I wasn’t asking why it happened.  Or why he recovered.  But rather, why does he do this!?  He knows the risks.  He knows what’s at stake.  Why does he take the chance?

But I think I knew.  As an athlete, a competitor, a father, and a leader … I knew.

Yes, Damar Hamlin loves football.  He has a passion for it that even he can’t comprehend.  It keeps him up late at night studying film.  It brings him in early to practice.  But Damar’s why is more than that love.  What I realized is that his love of the game drives him to be great at it.  On the biggest stage competing against the best in the world, he gets to be great.

And isn’t that what so many of us really want?  To be great at the things that we love?  A great athlete, a great engineer, a great father, a great leader.

When I took that learning and applied it beyond Damar, it all clicked.

Why does the medical team that brought him back to life do what they do?  Because they love it … and they get to be great at it.  And in doing so, they help others be great as well.  What an incredible why!

This emotional roller-coaster brought me back to the question I had been pondering for weeks (months?).  What is Aryaka’s why?  But it brought me back not at the company level, but at a ‘people’ level.  And that perspective unlocked everything.

Why does an incredibly smart guy like Srini join Aryaka as our CTO?  Because he LOVES building next generation network and security architectures.  And he LOVES seeing other cutting-edge IT leaders leverage them to transform their own companies.  Aryaka provides him the arena — the tools, the people, the customers — to be absolutely great at it (and believe me, he is).

Why does Ryan bend over backwards for customers.  Because he LOVES solving problems … and he is amazing at it.  He LOVES helping CIOs, CISOs, and IT leaders succeed in their own companies.  I think Ryan learned long ago that he is great at helping others be great.

As I looked around our team, the why’s went on and on.  Srini, Ryan, Karla, Anu, Jamie, Maddi …. they are more than just who we are.  They are WHY we are.

So, what drives us?  What motivates us?  What is our why?  It’s pretty simple:  We love making those around us, great.

And, I must say, we’re damned good at it.  Actually, we’re great at it. 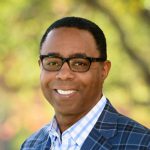