On July 6th, Niantic, Inc. released the mobile sensation, Pokemon Go, and smartphone users have been wandering the streets trying to catch the fictional characters with their devices. In short, Pokemon Go is like if Angry Birds invaded Google Maps.

The game uses your smartphone’s GPS to determine your location and make Pokemon “appear” around you (technically on your phone or tablet screen), and it’s your job to go and catch them. While Niantic gets high marks for unveiling this latest craze, the game is nothing without efficient data centers and a strong network to support it.

In the first week of its release, many users were complaining that they were unable to play due to servers going down or network congestion. Perhaps, Niantic did not predict the tsunami of user activity and demand to flood its servers in the week.

However, this also provides a lesson for social gaming companies. It is imperative they have an efficient network in place connecting their data centers for a great user experience. Poor user experience often leads to churn, which could spell death in the gaming industry.

Networks are caught in a continual clash between keeping applications running fast and reliably, while fighting latency, congestion, packet loss and jitter. Any of these issues can play havoc on gaming apps like Pokemon Go.

Solving these issues is one of the core strengths of Aryaka’s global SD-WAN, which can deliver enterprise-grade network connectivity and accelerate the performance of applications globally. Both are major requirements for global gaming companies, which need to ensure that the backend worldwide infrastructure of servers communicates in real time.

The first key to faster performance is reduction in latency. When the servers are located in multiple countries, an Internet-based WAN is not going to cut it because network congestion will lead to inconsistent latencies packet, packet loss, jitter. Global gaming companies relying on the public Internet might incur something more catastrophic than the Pokemon Go shut down, or wait months for access while an MPLS connection is deployed.

Our global private network was designed for traffic to bypass the public Internet, so packet loss disappears over international links, and application performance drastically improves. 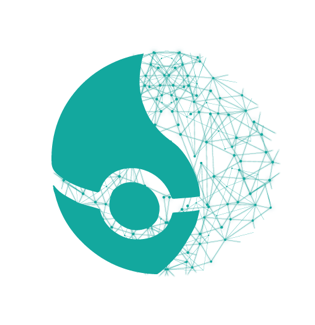 Our network is also layered with WAN Optimization software. This includes our proprietary compression and data deduplication technologies, which reduce bandwidth consumed when transmitting data between locations. This results in higher throughput over the WAN and faster performance compared to that over the public Internet.

Another benefit for global gaming companies is that the Aryaka global SD-WAN solution is completely scalable. Additional servers for the game (while entering new markets or geographies) can be connected to the rest of the network in hours or days instead of the months it takes for an MPLS connection.

There’s no going back. Modern gaming companies need to rely on real-time communication between servers at any location their users are at. The first step in providing those services is an efficient network designed to accelerate application performance.

See for yourself what the Aryaka global SD-WAN solution can do for your business. Give Aryaka a try!