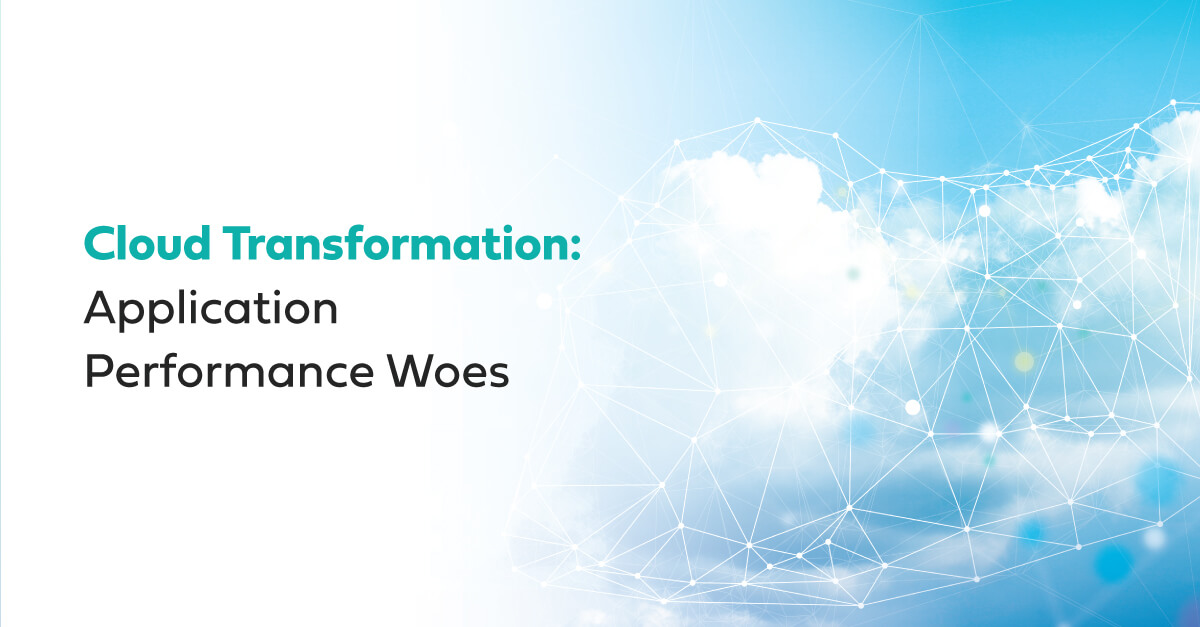 It wasn’t a comfortable journey; redesigning all your legacy applications for the cloud, identifying the right IaaS architecture, migrating your CRM to the Salesforce cloud and signing up for Office 365. You even augmented capacity on your MPLS backbone to cater to the additional traffic from SaaS and IaaS applications. Cloud applications performed great in all your pre-launch tests. Finally, your Cloud Transformation is a done deal, you reckon, and go live. Soon, users, especially at branch locations, start complaining about sluggish applications and poor performance of cloud-hosted services. What went wrong, you wonder?

The Trombone Effect is one of the main reasons why application performance, especially from the branch office, is poor. An inherent flaw, stemming from the hub-and-spoke approach that MPLS networks have adopted for internet access. Typically, traditional WAN architectures are designed to allow internet break out from a single point in the network, which is usually the HQ or data centre. In such an architecture, traffic from the branch user to the SaaS application is backhauled across the network only to exit from the HQ / data centre before reaching the SaaS provider, resulting in a considerable increase in latency of anything from 50 to 100 milliseconds.

MPLS congestion is another area that affects application performance. In a branch office environment, non-critical traffic can originate from employees accessing applications like Netflix and Facebook. In a retail setting, it can arise from customers using the in-shop internet for browsing. Such non-critical internet-bound traffic shares the MPLS bandwidth with business-critical SaaS applications. In legacy implementations of enterprise WANs, there is no mechanism to differentiate between the traffic types.

Is Faster, Better MPLS the Answer?

A fully managed, cloud-first SD-WAN solution can address the dreaded ‘Trombone Effect’ and the congestion challenge in an elegant manner.

A fully managed SD-WAN service such as the one from Aryaka leverages a private Layer 2 network with 31 Points of Presence (PoPs) across the world. Now, we all know Layer 2 can provide more rock-solid SLA guarantees than anything that Layer 3 networks can offer, thus ensuring very low latency for SaaS bound traffic. Also, Aryaka’s ANAP(Aryaka Network Access Point) CPE with its built-in WAN optimization ensures that policies can be global while at the same time selectively applied to applications that require it. Aryaka’s ANAP CPE also supports local internet breakout to enable traffic from non-critical applications like Netflix and social media to be routed to the internet right at the branch rather than backhauled across the network. IT security managers can rest assured as our solution supports built-in firewalling to provide safe and secure local internet breakout.

Often, Infrastructure-as-a-Service (IaaS) and Software-as-a-Service (SaaS) are used interchangeably. This synonymous usage perhaps stems from applications like Office 365 that are SaaS applications but can be hosted on Microsoft’s Azure IaaS. However, it is essential to realize that IaaS and SaaS are distinct from the perspective of connectivity.

In the spirit of flexibility and agility that is so synonymous with cloud offerings, Aryaka provides two different ways to connect to IaaS providers. The first is a direct connection that adheres to AWS’s Direct Connect, Microsoft’s ExpressRoute or Oracle’s FastConnect, as depicted above, and the second is an IPSec tunnel from the nearest POP router.

Connectivity to SaaS applications like Office 365, Salesforce or Webex is a challenge. Traditional connectivity solutions for accessing SaaS applications depend on the public internet, which is many times unreliable or slow, especially outside of the more developed regions. Even private MPLS networks cannot solve this problem as they are incapable of traffic segmentation based on the application type.

A Public ‘Virtual Office’ (VO) is Aryaka’s solution for providing connectivity and improving the performance of cloud-based office applications that are accessed over the internet. A VO is Aryaka’s virtual router with Layer 4 stateful firewall capability and uses a public IP address. It also provides an optimization container and leverages Aryaka’s patented multi-segment TCP architecture to reduce RTT.

For most organizations, a multi-cloud architecture is a practical reality. In some cases, multi-cloud may be a conscious risk mitigation strategy to avert economic, technical or operational reliance on one IaaS service provider, while in other cases it may be a transient migration strategy as they move from one cloud service provider to another. In either case, multi-cloud connectivity is a necessity. Current approaches for multi-cloud connectivity are inefficient as they require traffic to be backhauled across the entire enterprise network.

Aryaka with its PoP architecture simplifies multi-cloud connectivity. The PoP closest to the IaaS location acts as the transit point for the inter-cloud traffic, thereby providing an efficient alternative to the traditional solutions.

Register for our cloud webinar, “Managed SD-WAN Deployment with AWS and Azure:  Top 5 Consideration and Benefits” for more information on cloud connectivity and its effect on Application performance.

Arun Natarajan
Arun is a Director of Product Marketing at Aryaka. He brings over 18 years of experience in marketing hi-tech products and services. He holds an MBA from London Business School and a technical degree from Bangalore University.
Previous Post
Next Post