The Sunset of MPLS

Is MPLS sunsetting? The signs have, increasingly, been pointing to “yes.”

Though this legacy technology was useful and groundbreaking in its time, evidence continues to mount that it can no longer serve the needs of today’s global enterprises.

For example, at Aryaka, we recently released a report, looking at data from over 5000 locations in 63 countries. What we saw was a 200% YOY growth in WAN traffic and 50% of all WAN traffic going to and from the cloud.

MPLS is ill-equipped to handle either of these trends – a consistent growth of WAN traffic means that enterprises must continually invest in expensive and difficult-to-scale bandwidth, and the continued shift to cloud-based traffic means that WAN managers are now tasked with backhauling and managing expensive hardware for optimization and acceleration.

However, we’re not the only ones who have noticed MPLS’s decline in usefulness and practicality (and we’d expect you to be suspicious if we were). Directly or indirectly and in one way or another, the entire industry is talking about MPLS’s sunset.

What Does Cisco Say?

A recent article by veteran technology journalist Scott Fulton III looked at Cisco’s recent acquisition of Viptela as a sign that MPLS is on the way out.

“Cisco continues to offer managed MPLS VPN service today and has touted MPLS as a modern component of its ‘Intelligent WAN’ architecture as recently as last April 13,” writes Fulton.

“At the same time, it’s been pushing its DMVPN service as an alternative means for enabling a secure wide data tunnel between dispersed branches and the home office. Seemingly depending at times upon whether the day was numbered odd or even, DMVPN may or may not have been the core of Cisco’s SD-WAN portfolio.”

What’s interesting about this back-and-forth, however, is that the acquisition of Viptela may spark the death knell for MPLS at Cisco. Why?

As it turns out, the CEO of Viptela, Praveen Akkiraju, who was, incidentally, a former ranking executive at Cisco before leaving for Viptela, has spoken publicly about the death of MPLS.

Fulton links to a video from Google Next 2017, during which Akkiraju explained, “The WAN has been frozen in time for 20 years…being able to overlay something on top is something that has been a hard problem to solve.”

MPLS, to Akkiraju, is old-hat and inefficient – why should a branch office backhaul to get their cloud data, when Internet connections might be faster – and 100X cheaper?

Even a Cisco employee shared Fulton’s article on LinkedIn, suggesting that this prediction – that Cisco is moving in a new direction away from MPLS – may not be too far off base. 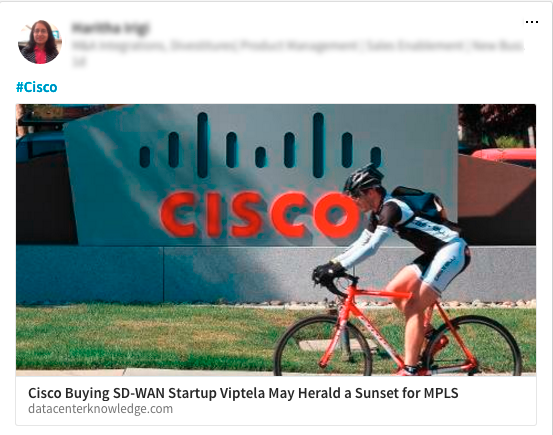 What are Telcos Saying?

Cisco isn’t the only networking provider to watch in the evolution away from MPLS. Even major telcos are starting to admit that MPLS, on its own, simply doesn’t cut it for their customers anymore.

From a press release last October, a senior vice president at AT&T stated that “[b]usinesses need to satisfy increasing bandwidth demands while reducing costs. That means network needs are evolving, too…This initiative is part of our software-centric strategy that gives our customers more flexibility and control of their networking services.”

The initiative to which the SVP was referring was engaging another SD-WAN provider to layer their services on top of their offering.

Verizon too, added SD-WAN, and said in their own press release: “Software defined networking is the wave of the future.”

And, in one of the most recent validations of the shift away from MPLS, Deutsche Telekom Capital Partners, the investing arm of the telco Deutsche Telekom, contributed to Aryaka’s series D funding – an investment not in a technology meant to help enterprises cope with the limitations of MPLS, but a technology that replaces MPLS completely.

In an article from Forbes, Jack Young, Partner and Head of Venture Capital at Deutsche Telekom Capital Partners (DTCP), Deutsche Telekom’s investment management group, was quoted saying, “We saw MPLS was ill-fitted for today’s migration to the cloud. SD-WAN is better suited for this migration.”

Watch a video of Jack Young, DTCP’s Head of Venture Capital, and Andre Kindness, Principal Analyst at Forrester Research, discuss why the enterprise needs a replacement for MPLS – and why Aryaka is the answer.

What is the Industry Saying?

Industry analysts, too, believe that MPLS is on its way out.

Jason Bloomberg, writer of the above-mentioned Forbes article and president of Intellyx, stated that “MPLS is now an older technology, and is more expensive than now-standard Internet broadband connections.” In addition, “MPLS simply doesn’t work well in…situations” where end users are connecting to the cloud instead of the branch office. He offers in his article insights into the rise of SD-WAN and the age of “Software-Defined Everything (SDX).”

Andre Kindness, Principal Analyst at Forrester Research, shares concerns directly from his customers around the sunset of MPLS: 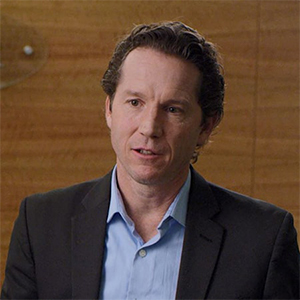 “[We’re] hearing more and more companies are moving away from MPLS. Not really ‘moving away’ as a complete thing, but maybe using it less and less, because of the limitations of MPLS. The idea of having a site-to-site link and having that direct hub-and-spoke design is not working in this cloud era. More importantly a lot of customers conveyed to me that the cost of the services itself could be an issue, [as well as] large deployment times. Increasing or decreasing bandwidth could take up to 30 days, even for sites that already have MPLS connections.”

In other words: MPLS fails in many of the major areas that businesses need MPLS for in the first place: affordable connectivity that can be deployed quickly.

What are CIOs Saying?

It’s not just the analysts and the vendors who recognize that MPLS is on the way out: A rapidly increasing number of CIOs are seeing the sunset of MPLS and many are taking the initiative to start the migration away from legacy technology.

Dustin Collins, VP of Global Infrastructure Services at Platform Specialty Products, believes that “MPLS is dying,” and it’s not a question of if network administrators need to shift to a cloud-based architecture, but when: 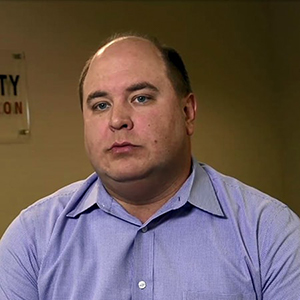 “A company that wants to be aggressive in moving to the cloud is often restricted due to the network that delivers traditional workloads on-premises. Those networks have been designed for limited internet breakouts for years from a security standpoint and now must be changed overnight to support both the security needs for on-premises workloads, but the accessibility needs for cloud workloads…[Five to ten years from now], MPLS will be dead.”

Eskil Moen, IT Manager at Harding Safety, chose not to go with a traditional MPLS provider either, stating, “We evaluated multiple traditional network providers, who expected us to wait for several months before the network was up and running. We needed a proven solution operational quickly.”

At Xactly, Robert Genchi, Director of Information Systems/Technology, “had been using MPLS links to connect [their] international offices, but application performance remained poor, and latency was a killer.”

All three IT leaders – and hundreds more – knew that the time to let go of MPLS was yesterday, and they made the decision to upgrade their infrastructure to support their enterprises’ needs both now and in the future.

Based on all of the above, you can understand why it’s not too far out to conclude that MPLS may be headed into the sunset sooner rather than later.

And because MPLS is no longer the only or the best game in town, it’s less likely that enterprises will be willing to put up with expensive bandwidth, long deployment times, latency, and an inability to connect directly to cloud and SaaS platforms and applications.

Most forward-looking IT organizations are hedging their bets and either partially or completely switching to global SD-WAN networks that replace MPLS infrastructure.

Renewing a telco contract is risky business in this environment of IT networking innovation. Dedicating even another year to a legacy technology is betting on the lame horse with the expectation that, because it won in the past, it must be able to win again. It won’t – not in horse racing and certainly not in your business.

Now is a perfect time to switch to the next-generation global connectivity platform that will not only address the shortcomings of MPLS, but can save you millions of dollars and scale seamlessly alongside your organizational growth. 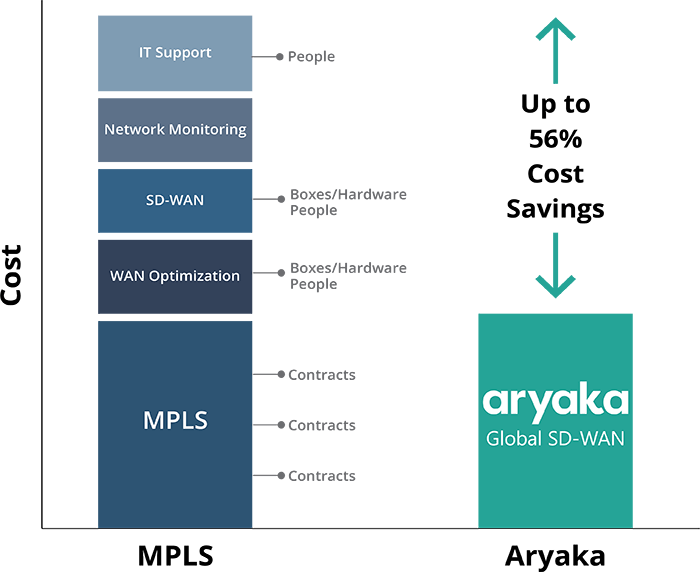 Contact us today to discuss how you can experience the difference. You can just start with your global sites with the biggest challenges and decide for yourself how quickly you want to roll it out to your entire enterprise.