By 2018, the Internet of Things (IoT) is projected to be an industry worth 470 billion dollars. The changes in networking needs for IoT will open multiple opportunities for both new and existing companies in the connectivity space.

IoT services require flexible, stable, and efficient networks. As opportunities grow exponentially, so will the connectivity challenges. Big telcos, naturally, are eager to claim they are uniquely poised to meet those challenges. A recent article in Forbes made the argument that telcos already have the systems, practices, and networks in place to fill networking needs for IoT and the global enterprise.

But they have a long way to go. Telcos do hold a near monopoly on managing multiple devices and endpoints in a digitally connected world, but the majority of them are still held back by their reliance on MPLS for all their networking.

Here’s why networking with MPLS is not a powerful solution for the IoT.

But all SD-WANs are not created equal. Many SD-WAN vendors are dependent on the Internet for their connectivity, which is still very erratic and unreliable over long distances. The Internet is also plagued with unreliable latency and congestion-based packet loss, making it hard for providers to meet their Service Level Agreements.

That is why Aryaka has the only SD-WAN with a global private network. It’s delivered to its clients as a full service that enterprises connect to through local ISPs. The service is also application agnostic — it can connect to any location, any application, anywhere in the world. Best of all (and unlike MPLS) it can be deployed in days or hours, not weeks or months.

One Aryaka client, Augmedix, uses real time IoT wearable technology to free up doctors from administrative tasks so they can focus on their patients.

Augmedix switched to Aryaka’s SmartCONNECT. Low and predictable latency over SmartCONNECT ensured a smooth user experience for the real-time IoT application. This resulted in improved performance and increased adoption of the Augmedix solution, and significant time savings for doctors using this solution. Augmedix also gained real-time network and application visibility with Aryaka, something that is not available with Internet- or MPLS-based connectivity solutions.

Global enterprises cannot thrive if they’re dependent on yesterday’s connectivity solutions, and those who rely on outdated technology will struggle to keep up in the dynamic new IoT ecosystem. By choosing an SD-WAN solution is reliable, flexible, and designed to improve IoT performance, they will be free to focus on the innovation and growth that matters most in this exciting new space.

Want to learn more? Download our data sheet on Aryaka SmartCONNECT to see how. 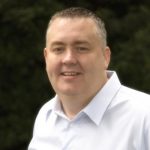 Jason Wells
Jason Wells is Vice President EMEA & APAC at Aryaka, and leads business development operations for both regions. He has over 15 years’ experience developing growth and adoption for some of the leading security, network, and communications solutions within the industry today.
Previous Post
Next Post